We use cookies on our website to give you the best experience possible find out more here.

Have a look at the Black Virtual Library - every book on the shelf has a link to a free video of the story! 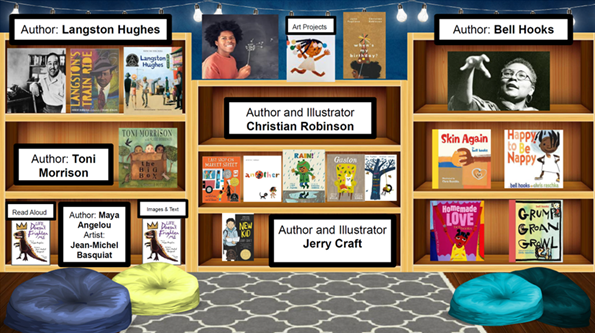